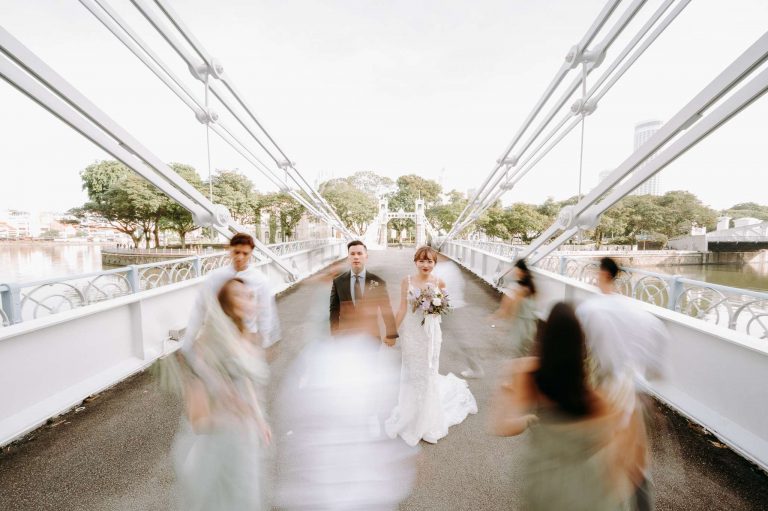 There are countless novels, movies and TV shows devoted to the good ole’ story of romance, but some of the very best tales are the ones that really happened. Truth is sweeter than fiction, after all. In the first chapter of Gen.K in Love, we chat with endearing couple Amantha and Ian on their modern-day meet cute, from match to marriage and the conception of the wedding day blings.

Amantha and Ian were one of the 55 billion matches on Tinder back in the days. After a period of digital sparks, the pair decided to meet in person over a lunch of coffee and ramen. The first date was nothing extravagant, but it certainly did not slow down Cupid’s swift golden arrow from striking them as their chemistry blossomed and conversation flowed spontaneously. 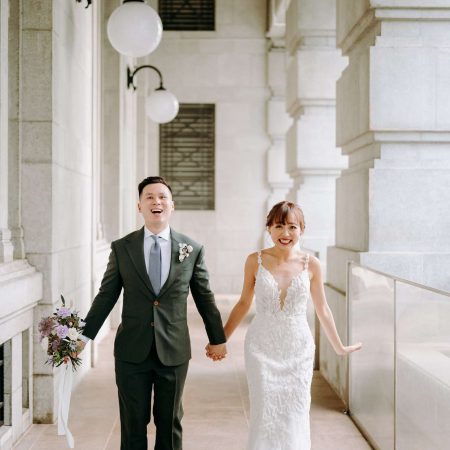 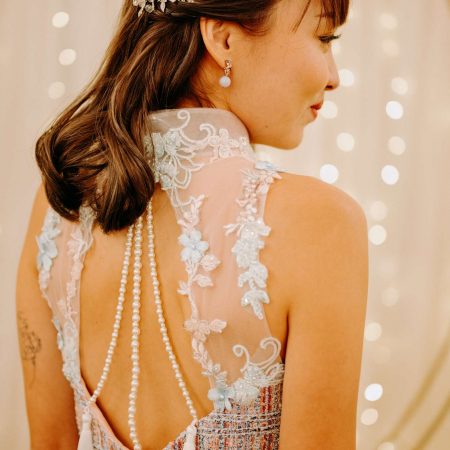 When probed about how they each know if the other is The One — the duo enthused that they adored how they bring out the best in each other. Ian admires Amantha’s kind heart and selflessness where she would unfailingly put the needs of others before her own, and Amantha in turn cherishes Ian’s passion of accomplishing anything that he sets his mind to and his ways of demonstrating unconditional love not only towards her but the people around her. 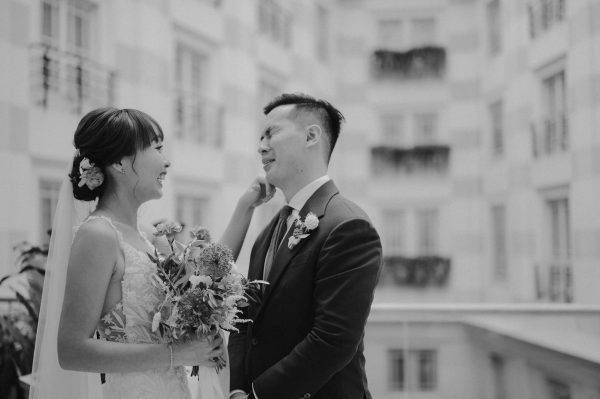 After almost five years of dating, Ian whisked Amantha away to Change Village, a sentimental spot that holds great memories of them as a couple. He enlisted the help of her best friend as a part of the “core planning team” and took Amantha under the guise of being in a photoshoot to reminisce at the place where it all began. There, the photoshoot session turned into a moment of their dreams when Ian ultimately got down on one knee and proposed to a resounding yes. That wasn’t the only surprise of the day though — the arrival of their closest friends shortly after for the post-engagement dinner got Amantha bawling.

“I was touched that he remembered that I wanted an intimate proposal,” she recounts gleefully. “And most importantly, we had the whole process captured on film (so that I can look back at the video).”
To Be Continued…
Chapter 2: The Wedding Set – Amantha & Ian
Back To Stories
0
SGD
SGD
AUD
EUR
GBP
HKD
MYR
USD